Hit enter to search or ESC to close

We share your concerns regarding Coronavirus and are committed to the safety of our SNAPP attendees, partners, and sponsors. We are hopeful that this year’s annual meeting will be the light at the end of a very long tunnel for all of us.

Attendee safety and security is something that we have always taken seriously. All the necessary precautions will be made to ensure the health and safety of all our attendees onsite. We are closely monitoring the guidance published by the Centers for Disease Control (CDC) and the World Health Organization (WHO) and keeping abreast of local regulations for Nevada. We are also in direct contact with the venue(s) that support the SNAPP Annual Meeting to ensure the safety of our attendees.

The SNAPP 2020 – Las Vegas meeting is going full steam ahead. Our team is confidently planning for what will be another incredible event. Should this decision change, we will be forthcoming with that information. Note your hotel reservation is fully refundable up to 30 days prior to the program so rest assured your reservation is flexible if the current climate changes.

For now, we are looking forward to welcoming you to Las Vegas and wish you, your families, and your practices health and a strong come back.

Join us at the 2020 SNAPP Las Vegas Meeting

EDUCATE
Educate yourself and your staff to deliver improved patient care and grow your business.

ENGAGE
Engage in essential learning and networking that extends past the classroom into your practice/store(s) and beyond.

REGISTER FOR THE SNAPP EVENT HERE

*Stipend amount will be determined by how many members qualify for stipend.

**Stipend checks will be written and distributed at close of meeting on Friday at 2:00pm

The SNAPP Group has a discounted rate at the Westin Las Vegas of $159++ a night. If you have already registered for the event and need to book your hotel room, you can access the SNAPP discounted room block by clicking here.

REGISTER FOR THE EVENT HERE

As a trusted SNAPP partner we look forward to seeing you and your team in Atlanta on Wednesday, September 23rd. Please have each member of your team who will be attending register by clicking here to Register.

If you have additional questions regarding sponsorship please email us at SNAPP@etakevents.com

Dr. Michael Kling will be lecturing on “Profit First” An evaluation of the business.  Guarantee and maximize profits.

Dr. Michael A. (Mick) Kling is a leadership trainer, consultant, speaker, writer, innovator and entrepreneur. He is the founder and CEO of Impact Leadership, which provides leadership, culture and business consulting for the eye care community. In addition to his role with Impact Leadership, Mick is the founder and CEO of lnvision Optometry, one of the largest, single location optometric practices in San Diego, California.

He has developed a notable reputation for providing conscientious and impactful advice, an engaging and influential speaking style, and innovative solutions for the most critical challenges facing practice owners today. He is originally from Indiana, raised in Arkansas, and has resided in San Diego for almost 25 years. When not working, he spends time with his wife Jennifer, and two sons, Robert and Ryan. 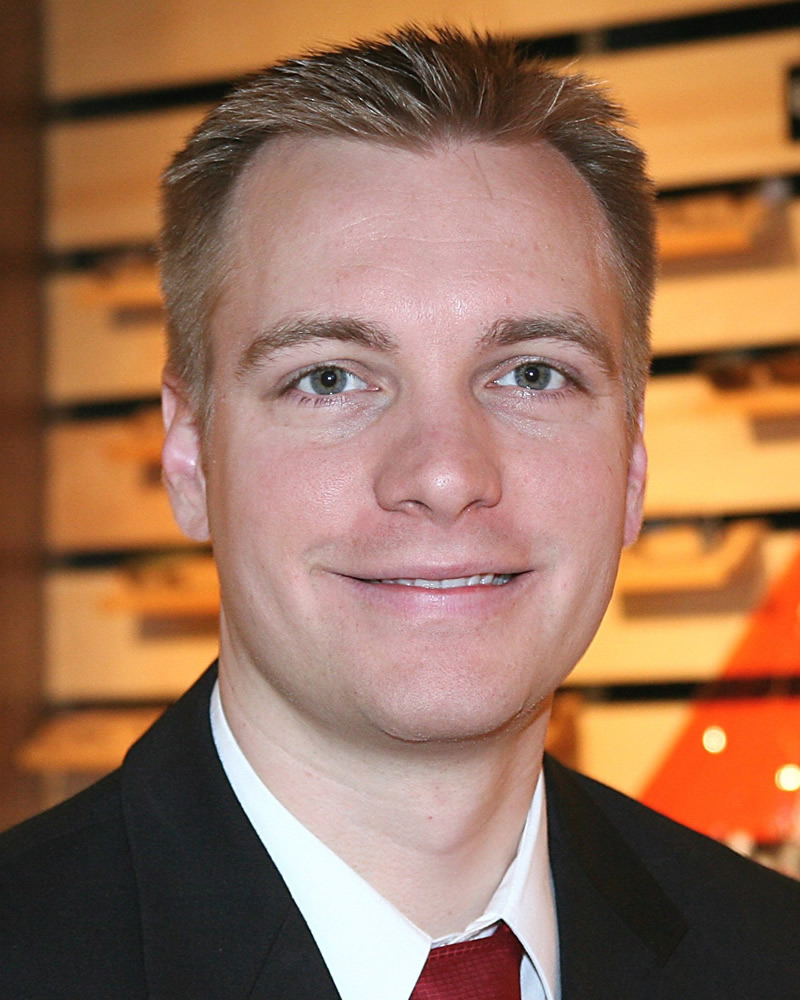 Dr. Wolfe will be presenting on:

During his education, Dr. Wolfe received extensive training in all aspects of primary eyecare; including eye infections, cataracts, diabetic eye care, specialty contact lenses and pediatrics. He completed a rotation at BVA Advanced Eyecare in Tulsa, Oklahoma where he gained specialty training in minor surgical techniques, as well as therapeutic laser ocular surgery. Dr. Wolfe won the Golden Retinoscope Award, the Oklahoma College of Optometry’s highest distinction for clinical excellence. Dr. Wolfe also served as president of the American Optometric Student Association, where he represented over 6,000 members.  He is a member of the American Optometric Association and the Nebraska Optometric Association.

Dr. Wolfe has a passion for education.  He is a co-founder of KMK Board Certification Review Services, a company specializing in preparing Doctors of  Optometry to take the American Board of Optometry examination.  Hi is the founder of EyeCode Education, a company specializing in the clinical and billing education. He is the co-author of the book: KMK Optometry Board Certification Review Manual and KMK Update and EyeCode: Billing and Coding. Dr. Wolfe is a fellow in the American Academy of Optometry and a Diplomate of the American Board of Optometry.  He also has special  interests in theraputic scleral contact lenses to correct visual distortions in patients with corneal diseases.  Dr. Wolfe is an avid runner and most of all, he enjoys spending time with his wife Jaime, daughters Ryan, Paityn, Camryn, Logan, Maisyn and sons Lincoln, Deacon and Benton.

Dr. Rumpakis will be presenting on:

Dr. Rumpakis is currently President & CEO of Practice Resource Management, Inc., a firm that specializes in providing a full array of

consulting, appraisal, and management services for healthcare professionals and industry partners. He has developed some of the leading Internet-based software applications for the medical/eye care field such as CodeSAFEPLUS.com® (www.CodeSAFEPLUS.com), the industry leading cloud-based CPT & ICD Code Data and Information Service, and offers personal medical coding consultation through JustAskJohn (www.JustAskJohn.net). He is also the founder of Opt-ED® Professional Continuing Education (www.Opt-ED.com) which creates and delivers top tier continuing education around the country as well as Opt-IN® which provides optometric marketing and promotional services.

Named the Chief Medical Coding Editor for Review of Optometry, Primary Care Optometry News, Optometry Today, and past Editor for Optometric Management, he has been extensively published on the topics of third party coding & billing, strategy development and execution, practice management, team building, maximizing effectiveness and profitability, including the textbook “Business Aspects of Optometry”. Dr. Rumpakis is a popular lecturer both nationally and internationally. In addition to having had a successful solo practice, Dr. Rumpakis developed the practice management curriculum at Pacific University College of Optometry and taught optometric & medical economics there for over a decade and was recently named the University of Houston College of Optometry’s Benedict Professor for 2016-2017.

A 1984 graduate of Pacific University College of Optometry, he served as a volunteer for the AOA for near 17 years and sits on numerous advisory boards, and board of directors for companies both in and out of the ophthalmic industry.

Mr. Shepard will be presenting on:

I aim to educate the optometry community on the various bottlenecks experienced when dealing with Insurance collections.  I strive to better both our client’s business as well as expand VisionWeb’s footprint in the industry.

I have managed insurance processes from the viewpoint of several types of entities. As an Assistant to the VP of Policy Administration, I was able to understand many processes, policies, and departments. Managing an optometry office for 11 years jumpstarted my career in the industry. Recognizing the demand for a Revenue Cycle Business (RCM), my success managing an optometry practice led me to create one. My current role as Sr. Manager of Insurance has proved crucial in developing intimate knowledge of the “middle man” of the EDI process.

Mr. Shepard will be presenting on:

Teleoptometry can utilize the technology of todays world to improve access to quality care given to our patients. In this course, the speaker shares his ongoing experience in opening a practice that is tele-optometry enabled. The course will cover current definitions that are being used in telehealth to describe the differences in services available. We will also study the level of care that can be delivered with modern equipment and its limitations. How to ensure that quality of care is not sacrificed in service delivery and meet policies that are being developed by AOA and other state boards. We will also cover the potential impact on the profession and our patients.

Mike Rothschild, OD is founder of Leadership OD, a company dedicated to excellence in optometric practice. He is an international practice management speaker and presenter, most well-known for his innovative “Leadership Team” approach towards practice management (focusing on developing the leadership skills of staff to collectively manage the practice). He lectures frequently on team building and practice communications, and consults with practice owners in every phase of business growth, from startups to seasoned veterans.

Mike also founded a new eyecare practice focused on delivering comprehensive exams with distance providers and is an authority on delivery of eye care through all forms of telemedicine. 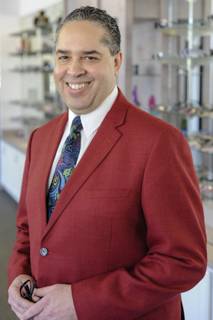 Dr. Thomas will be presenting on:

Dr. Thomas has practiced continuously in Dallas, Texas for the past 28 years.  A noted consultant, lecturer and author, Dr. Thomas frequently travels the country to educate other optometrists on the latest trends, techniques and technologies in the profession of optometry.

Dr. Thomas has been married to Pamela for 28 years and they have two sons, Kirk and Clark.  An active outdoorsman and former Boy Scout Leader, Dr. Thomas has always enjoyed camping and outdoor activities.  Current personal activities include weightlifting, skydiving, climbing and rappelling, and scuba diving.

There will also be 12 hours of free COPE CE for the doctors: (8 hours Clinical / 4 hours PM)

SNAPP is a professional society for Pearle Vision Licensees and sub-leasing optometrists affiliated with Pearle Vision.